We must do it for the kids – that is the message from #saveourtown as they returned to the campaign trail this week to see young people react with excitement to the plans for Luton’s future.

An artist’s impression of Luton Town’s new football stadium, which is planned as part of the Power Court development

Committee members visited St Margaret’s of Scotland Primary School in Farley Hill yesterday to speak with children between the ages of 5 and 11 about how their town will begin to take shape in the coming years, if Newlands Park is given planning permission.

The planning application – submitted by 2020 Developments, the property arm of Luton Town Football Club and deferred for a ‘short time’ past the original 30 January decision date – needs approval in order to fund Power Court, at no cost to the taxpayer.

Last week, in an historic decision, approval was granted for Power Court, which will have as its centre piece a new 17,500-seater football stadium. The regeneration scheme will also provide future generations with an 1,800-capacity music venue – the biggest in the local area, to help attract top stars to town – plus lifestyle and entertainment facilities, the re-emergence of the subterranean River Lea, homes and employment opportunities among the exciting plans.

Campaign group #saveourtown believes that children’s opinions are some of the least listened to but most important, as they stand to benefit most from the 10,000 new jobs and the £250million a year boost to the local economy which will come only if both developments are approved and built.

Chairman Nigel Green said: “With such important decisions being made about the future of our town, it was a real pleasure to be invited to St. Margaret’s of Scotland Primary School and talk with children and staff about the work of #saveourtown.

“Sharing an assembly with both Key Stage 1 and Key Stage 2 groups, it was fascinating to see the positive reactions of the children to the exciting plans ahead, as well as answering their questions.

“The overwhelming reactions were one of pride for their town, but also concern about the future. Ultimately, the children are keen to see Luton transform to offer them what their friends and family in surrounding towns have. 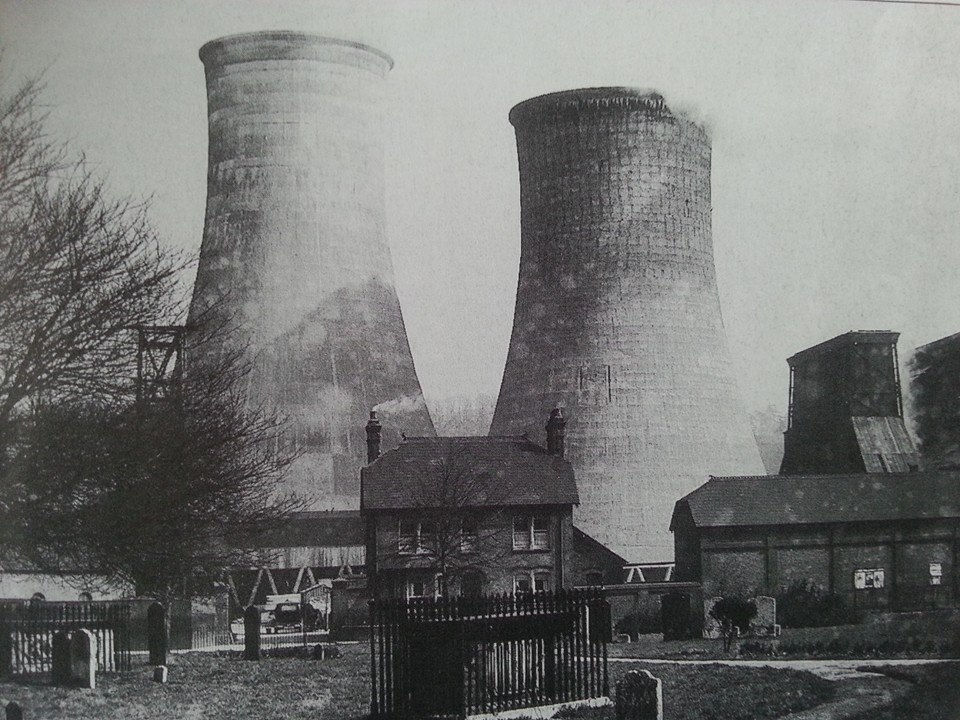 The industrial cooling towers that were once at Power Court

“The assemblies also focused on what already made us proud of our town as well as how Luton has evolved. The children were particularly surprised by the ‘ugly’ industrial chimneys that used to dominate Power Court and gasped when they saw the permitted plans for the new football stadium.

“Several children asked about the environmental impact and were particularly pleased to hear about the plans for the River Lea.

“Going to a school in such close proximity to Newlands Park, the children were also hopeful of being the first to visit the array of exciting activities that would be on offer there.

“The kids are really keen to know and understand how decisions are made about our town and what impact they themselves can have. That’s why we believe it’s really important to involve them in the conversations.

“We’d love to speak to more children and are keen to work with schools in delivering assemblies to help young people to understand how Luton will look and change for the better as they grow up. We’d urge schools to contact us at saveourtownluton@hotmail.com.”

Children from the south Luton school last year starred in a video, urging Lutonians to sign a petition for Capital and Regional to drop their opposition to Newlands Park and you can still add your signature.

Green, said: “All #saveourtown members are driven by a determination to deliver a better future for our children.

“It was a privilege to speak with pupils at St Margaret’s and we look forward to children from Hillborough giving a grilling to the leader and deputy leader of the council.

“We believe it’s important give young people an opportunity to have their say because, all too often they’re left out of the conversation, even though it’s they who will have to live with the legacy of either a bright new future, or decades more of stagnation.”